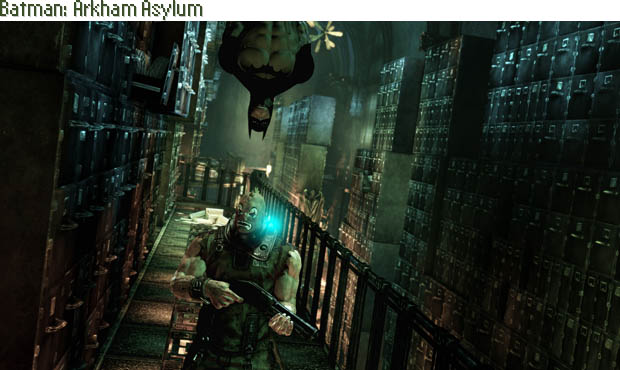 Theres a scene in Christopher Nolans Batman Begins where Batman, played by Christian Bale, skulks around a warehouse full of shipping containers, yanking a gang of armed thugs into the shadows one by one as they grow increasingly terrified until, finally, theres only one guy left, frightened out of his mind. Easy pickings.

Batmans not fighting in this scene; hes hunting. Thats the essential aspect of the character that Batman: Arkham Asylums gameplay captures, and its a large part of what makes Arkham Asylum the best Batman game yet made.

Batman stalks his prey from the shadows, a lone wolf after a flock of sheep -- though sometimes the sheep are armed with assault rifles. At its best, the game is about separating a hoodlum from the herd and taking him out silently, then doing so again, and again, until theres just one left. Easy pickings. 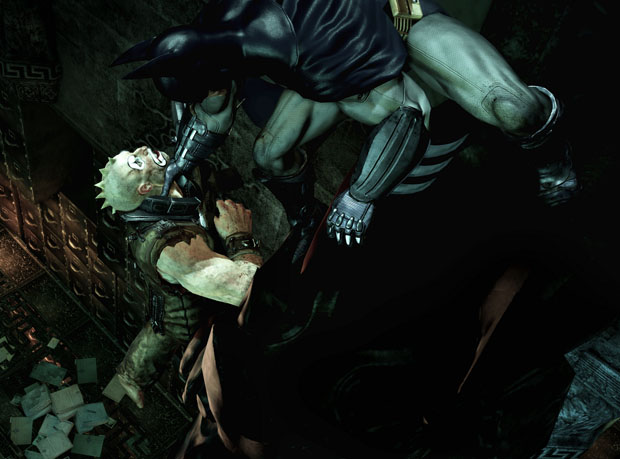 Arkham Asylum is not all skulking about in the shadows, though. Batman often faces groups of thugs, and the games free-form combo-based fighting system is fun to master -- its a bit like Issue14FableII Fable II? without the magic. The hero has a utility belt full of wonderful toys to help him defeat, distract and draw off his enemies, from numerous varieties of Batarang to an explosive gel that can bring rubble tumbling onto a hapless hoodlum.

Taking down a roomful of unarmed toughs is simple enough, but the game hits its stride in challenges that pit the Batman against a roomful of armed goons. Skilled and well-equipped as he is, Batman cant hold up for long under gunfire, and sometimes there are innocent lives to be lost if hes even spotted, further raising the stakes.

Several of the games sequences turn the tables on the Batman by making him the hunted one. Even when his foes are armed with guns, Batman ultimately has the upper hand. A sequence late in the game has Batman avoiding an enraged Killer Croc in his sewer lair, but it feels a bit like an extended game of Whack-A-Mole, with the mutant popping out of the water and Batman knocking him back into it over and over.

But in his tangles with the Scarecrow, Batman has to hide and sneak, or lose his mind forever. Dr. Crane doses him with enough fear toxin to appear as a colossal god of terror ruling over a fragmented wasteland of Bruce Waynes memories, conjuring the demons Batman has faced and conquered for another round. 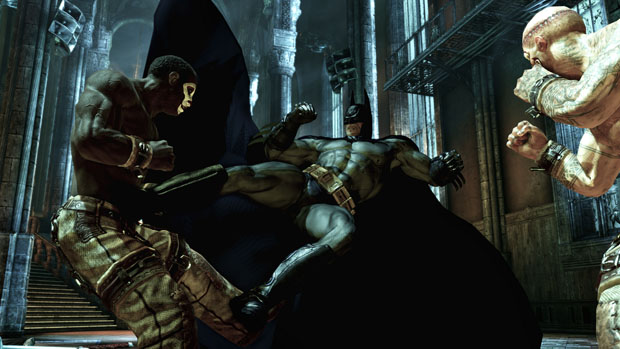 And then there is the Joker. Mark Hamill, reprising his role from Batman: The Animated Series, is in exceptional form here -- his voice for Joker in the series was iconic, but here its meaner, with a raspy gurgle to it. He and Batman look older; theyve been at this a long time. Its easy to imagine this is the same Batman and Joker as in Nolans movie or the animated series, 15 or 20 years down the line.

The game only goes off the rails in the boss encounters. The deliberate, measured stalking that characterizes much of the game is thrown out as Batman has to deal with various mutated behemoths created by the Joker, a giant plant controlled by Poison Ivy, and the Joker himself, swollen into a ridiculous mohawked form by a megadose of his own medicine. These encounters give the combat system a workout, but the combat is best as an extension of Batmans stealthy maneuvering, not as the main event. Its a disappointing misstep, but not a fatal one in such an otherwise excellent game. 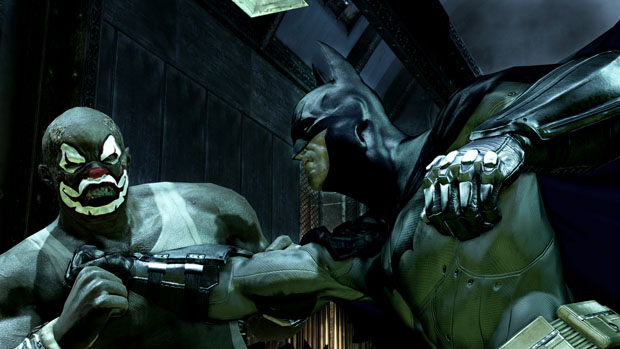