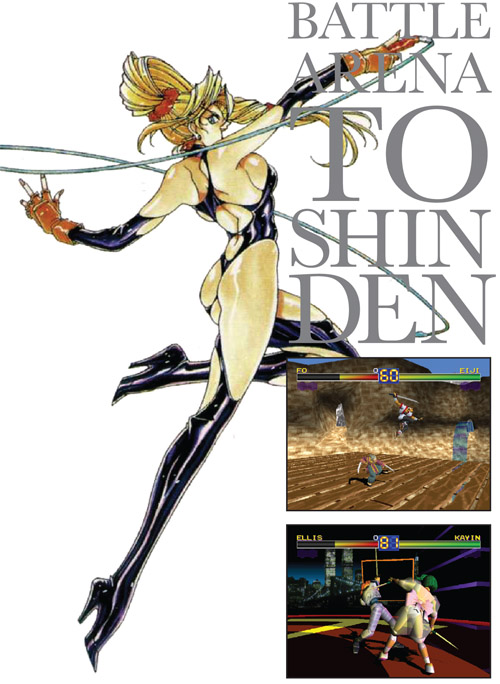 For those of us who had lived through the 16-bit wars, our next console purchase was a huge decision. We had watched the Genesis and SNES play tug-o-war for five years of one-upping each other, ultimately ingraining a certain sense of allegiance to Sega or Nintendo within some of us. We had also been duped a few times, some of us by failed add-ons like Segas 32X, others by failed consoles such as Philips CD-i. Indeed, the decision to trade up to a new console would not be a simple one. No, we discerning consumers would need to be convinced. Enter Sonys first demo disc, PlayStation Picks.

PlayStation Picks was the pack-in disc with launch models of Sonys new console. But more importantly, it was the disc used to show off the PlayStation in many electronics stores. At the time, I was a freshman in high school, and had mostly concluded that video games were toys for children. It only took a few rounds of the Battle Arena Toshinden demo to convince me otherwise. It seemed that the PlayStation was a grown-ups machine, and Battle Arena Toshinden was a grown-ups fighting game. Whereas the likes of Street Fighter II and Mortal Kombat had been confined to a 2D plane, Toshinden had no such limitations. It seemed liberating at the time, as if we had escaped the confines of gamings past and were gazing into its future.

The PlayStation was the first console I bought with my own money. I cant recall how long it took me to pay off the $300 layaway balance by slowly chipping away at it via allowance money and random windfall bursts, but once it was finally in my possession it was another month or so before I could afford any games for it. Luckily I had PlayStation Picks to keep me busy, which meant I had a condensed but perfectly playable version of Battle Arena Toshinden. Id be willing to bet that many gamers have fond memories of this game despite having never even played the full release.

Toshindens storyline begins with eight travelling fighters, brought together by a common destiny, now meet at the Battle Arena Toshinden: a fighting tournament hosted by a mysterious organization known only as the Secret Society. Of course, each of the eight characters has their own reason for fighting in the tournament. Though none of the storylines are all that engrossing, after the flood of Street Fighter II clones it became apparent that story was hardly the top reason to choose a fighting game. SNK made a bundle of loot by realizing that they could basically continue to remake the same game over and over again as long as there was an interesting new gimmick involved. And though they had already tackled the everyone-has-swords angle with Samurai Shodown two years prior, Tamsoft was genius enough to bring this gimmick into the 3D realm.

A decade and a half later, Battle Arena Toshinden looks, sounds and feels incredibly basic. Its roster is limited to a paltry eight fighters at start-up, the controls feel off due to the lack of analog input, its soundtrack is highly forgettable and its AI is unmercifully cheap. Though it would eventually spawn three sequels its imitators would eventually perfect its weapons-based 3D fighting approach by leaps and bounds. But its also important to remember that Battle Arena Toshinden was the first. Soul Edge, Bushido Blade, Samurai Shodown 64 -- Toshinden preceded them all. Although its sharp edges and ugly blocky characters now look like reasons why polygons should have failed, back when the game was released it looked convincing enough to sell a bunch of us grown-up gamers on our next console.