Every once in a while, a developer will take an established gaming genre and see just how many of its standard conventions they can change drastically or do away with entirely. The resulting games can be anything from surprise smash hits that blaze a whole new path for others to follow to terrible flops that just arent very playable, but theyre almost always interesting. Newcomer LightWeight studio, working at the time as a partly-owned subsidiary of Squaresoft, decided to see just how far they could push the nascent 3D fighter away from its roots. 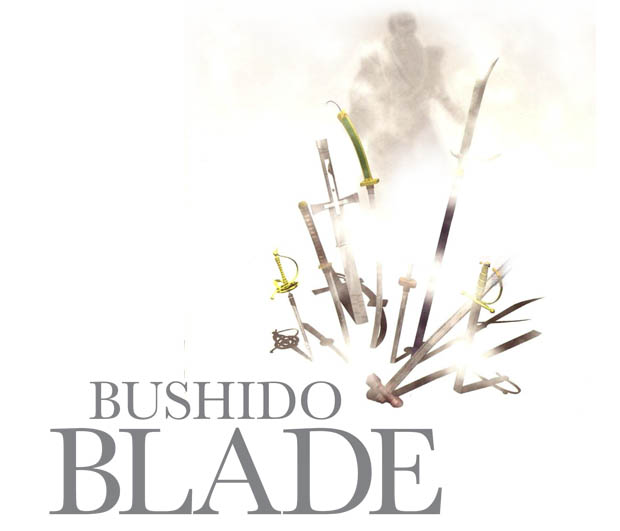 The first polygonal fighters appearing on the PlayStation and other contemporary platforms stuck fairly close to their 2D fighter roots. Some even confined the player to a 2D plane, using the third dimension merely for aesthetic effect, while others took advantage of the new medium by allowing players to step side to side, or even run freely in a limited area. But most of them stuck to the familiar mechanics of whittling down opponents HP bars in one-on-one arenas, perhaps with some extra interface for charging super moves or what have you.

With Bushido Blade, LightWeight dared to ask the question, Can a man really take a dozen swords to the face and still remain standing? Their answer was no. Swords are designed to be lethal, and when applied correctly it doesnt take a score of repeated strikes to kill an opponent -- it just takes one in the right spot. Accordingly, the HP bar was duly jettisoned, and the entire HUD along with it, removing all distractions from what were, for the time, scenes of classical Japanese beauty. In its place is a system where a single successful strike can either disable an opponents limb or kill them outright. What follows are tense contests of block and parry, where a single mistake can always be fatal.

Rounding out the game are robust character and move systems. Although only six characters are initially playable (with one more unlockable), each has full access to eight different weapon types including a variety of Eastern and Western swords, a pole-arm, and a sledgehammer. Move lists are partly determined by the weapon being wielded, but also by the particular skills of the wielder. Each character specializes in one or two types, having a more varied range of special moves when using their most familiar weapons. Both characters and weapons span the usual gamut from speedy to powerful, but the favored combinations arent always what you would expect, creating some interesting and varied fighting styles. 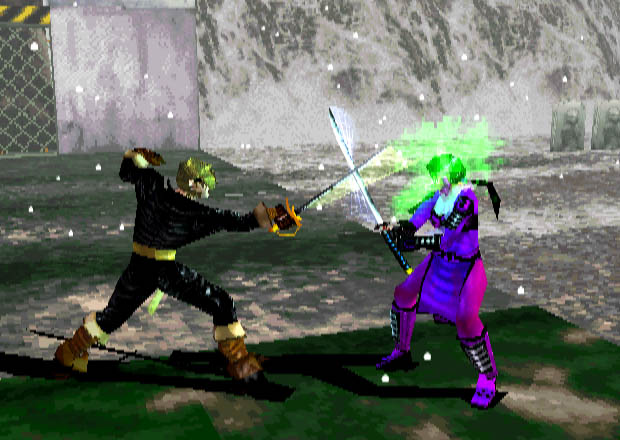 Bushido Blade also breaks from tradition by not restricting its battles to a set arena. In most modes, players have the run of an expansive castle and its grounds, including a cherry grove, a bamboo thicket, a bridge moat, and multi-level environs. In single-player mode, you can run from and entirely avoid some opponents or use the terrain to your advantage. When single hits can kill, the tactics of approach are crucial.

Once in combat, a variety of option are available to the player aside from basic attacking and defending. Each character can adopt high, medium, and low stances, which defend different areas of the body in addition to opening up new moves. On the offensive side, more choices present themselves; going for the head or chest of an opponent is the way to immediate victory, but a successful strike on an arm can slow or disable attacks, while wounding the legs can restrict movement. When crouching, you can even throw dirt to temporarily blind or disorient your foe, though doing so isnt particularly bushido-like.

That actually comes into play in the story mode, where secret endings can be unlocked only by following the bushido code: no dirty trick, no back-stabbing, no attacking a downed opponent. If a player manages to stick to the code while reaching an out of the way corner of the castle, then fight through a gauntlet of tough enemies without getting hit, they can face their true rival and meet their destiny. 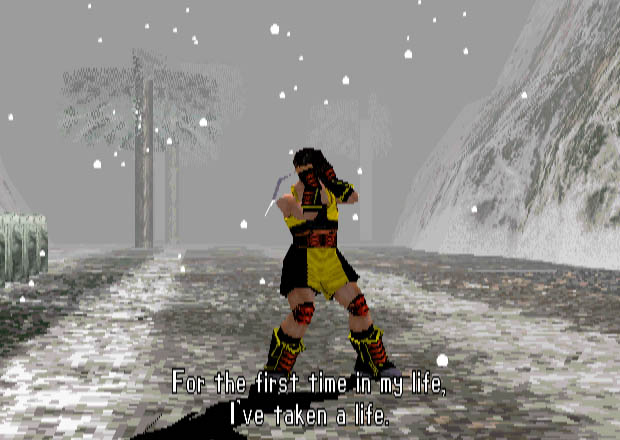 While story mode is entertaining, it isnt the games only strength. Bushido Blades novel combat mechanics make for a fast-paced two player game, where any match can turn into a drawn-out give-and-take as each side probes for openings just as easily as it can be over in seconds. When playing Bushido Blade with a friend, best of five wont really cut it -- you want more like best of twenty-five. Even such drawn-out contests rarely get boring, as the various methods of sudden death mean each match tends to turn out very differently.

LightWeight followed up Bushido Blade with a direct sequel just a year later. Bushido Blade 2 kept the first games combat system largely intact and added a much larger roster of fighters, though it removed the large free-roaming environment in favor of more traditional separated venues. Plot hooks were left to continue the series further, but a split between LightWeight and Square meant it was not to be. A few of the ideas resurfaced in the PS2 series Kengo, which attempted to simulate samurai training in excruciating detail, but without Bushido Blades core one-hit-kill innovations present, the magic had gone out of the enterprise.

In the end, Bushido Blade may not have set the industry on fire or even left much of a lasting mark on its parent category. What it did give us, though, is a pair of games that stands out to this day as unique and enjoyable amidst a genre full of clones. 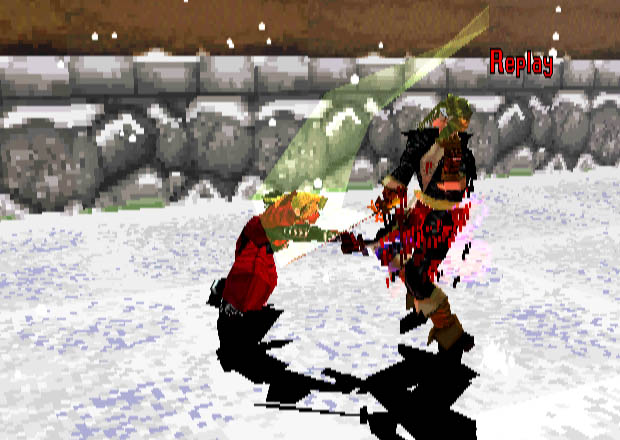