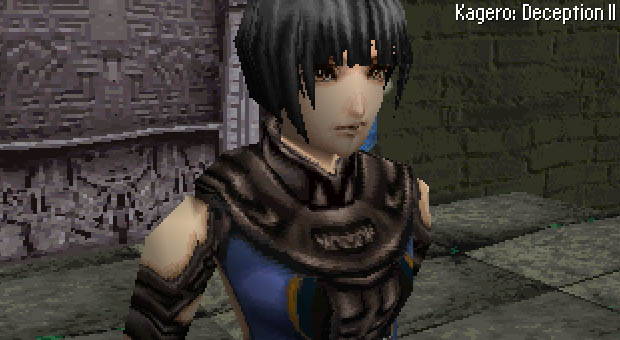 Kagero: Deception II might just be a sadists dream come true, by which I mean a noticeable quantity within the gaming community. With current-gen releases like Bulletstorm encouraging players to inflict suffering and humiliation upon their victims as creatively as possible, violence in gaming has become one of the mediums most refined art forms. And while People Can Fly/Epic Games latest shooter unabashedly flaunts its unrestrained campiness, it still only parodies the genre to the same degree that it epitomizes it. Kagero, on the other hand, is a product of a simpler time, which is strange to say about a game this violent.

For many who grew up in the 16-bit era and later became loyal PlayStation owners, video games had proven their ability to adapt to the shifting market. Not everyone wanted to continue playing mascot-centric platformers into their college years, and thankfully, the medium was maturing along with its practitioners. The PlayStation gradually came to represent an increasing number of fresh gameplay innovations and nuanced subgenres. Kagero is no exception, as a game that utilizes its rampant display of violence in order to redefine the strategy RPG. 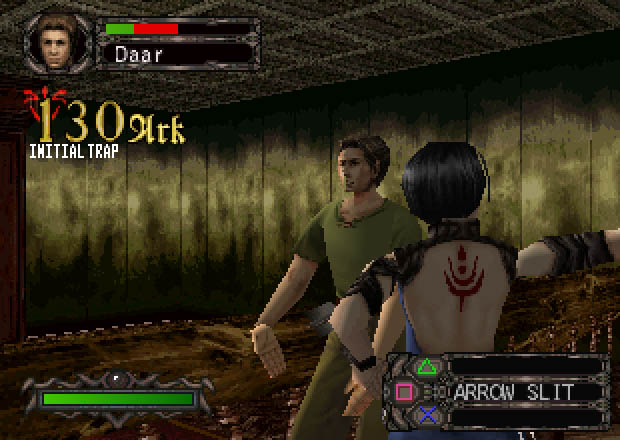 While Kageros medieval setting may be all too familiar for SRPG veterans, its gameplay mechanics are actually more akin to something like Resident Evil. The basic principle of the game requires you to navigate three different palaces while fending off intruders. Under the auspices of immortal beings called Timenoids, the protagonist, Millennia, is forced to harvest the souls of fellow humans. This seems like a daunting proposition at first, considering she moves with tank controls and has neither weapons nor companions to aid her. In order to accomplish her mission, she must lure enemies into an expandable array of traps (much like the movie Home Alone). Not only do you dispose of your victims more efficiently through careful trap placement, but combining several devices to spring in succession results in higher damage and larger rewards, which translates into better trap upgrades for future missions.

What types of traps, you ask? Since you are only allowed to bring three wall, floor, and ceiling devices per level, careful specialization and financial management are necessary between missions. For instance, you may be tempted to upgrade to the pricey Flare Boulder that can nearly kill most enemies with a single blow. However, when several enemies are pursuing you, relying on precision and luck is not your best strategy for survival. Instead, snaring an enemy in a bear trap might better suit you before piercing him with an arrow and then dropping that boulder on him. It is also highly advisable to keep your eye on your surroundings, as you are equally as vulnerable to hazards as your opponents. Careful foresight and experimentation are usually beneficial, too. Certain traps fling your enemies across the room into all manner of spikes, blades, or electrified water. By carefully detonating bombs, you can even destroy parts of the environment in order to crush your oblivious victims. 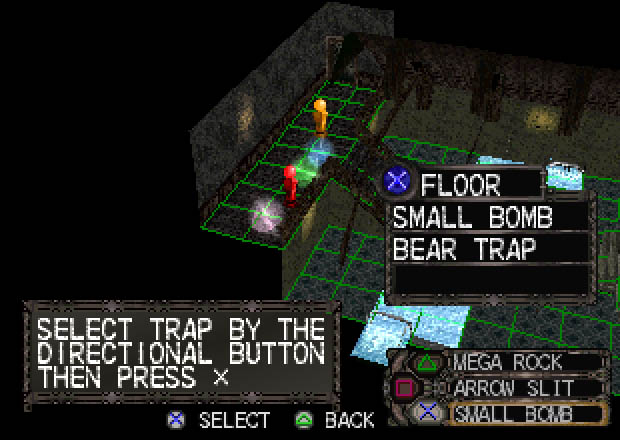 Although Kageros plot tends to take a backseat to the gameplay, there are actually many points during which your actions in battle and conversation determine how the story branches. These choices typically come in the form of either sparing or killing certain characters, but this does add an element of moral ambiguity to the story. How appropriate, considering Millennia is being manipulated to do the Timenoids bidding. There are even four different endings depending upon how mercifully or brutally you complete your objectives. Still, like so many video games, violence is often the only path towards victory and accolades. Namely, by successfully finishing off every last assailant per mission, you are rewarded with additional bloodstained money in the form of a Perfect Genocide bonus. No, really.

Unfortunately, compared to other strategy RPGs, Kagero tends to fall apart over time. Whereas, say, Final Fantasy Tactics encourages players to keep building a complementary roster of warriors and mages, Kageros trap upgrades are the closest comparison for offering a sense of gradual empowerment. Because there are only three environments, each of which is recycled several times, gameplay quickly becomes stagnant despite having to ward off an ever-growing number of enemies whose abilities outmatch your own. Still, these two games are entirely different creatures, and to Tecmos credit, the Deception series really did try to accomplish something new by blending real-time action with strategy. The closest comparison might be Valkyria Chronicles, which has since done a much better job of bringing a more hands-on approach to SRPGs. And as for Deception, it remains an interesting experiment in torture. Oh, and player morality, or whatever.