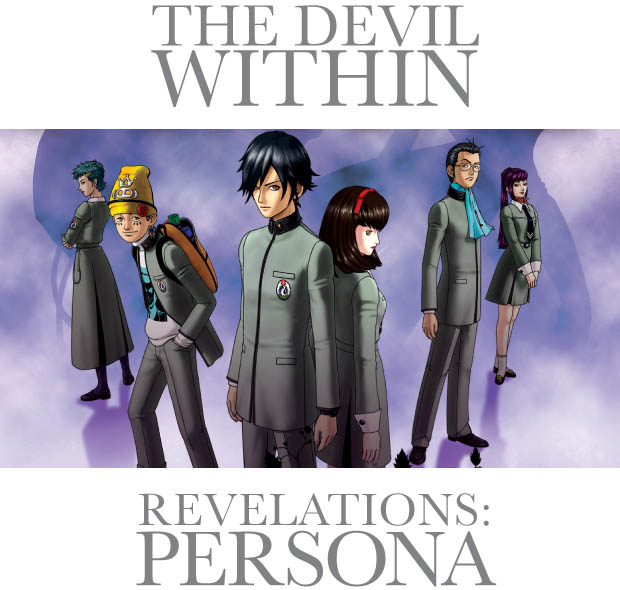 America missed a whole mess of Megami Tensei games before Atlus decided to release Persona here in the U.S. This is hardly a surprise, though, given the subject matter of the games. After all, Shin Megami Tensei for the Super Famicom opens with a nude guy tied to a cross, and Shin Megami Tensei II ends with the possibility of killing a representation of God called YHVH. And killing the Judeo-Christian God just doesnt fly in America.

At the very least, that sort of content was deemed unacceptable in a medium for kids, but times were changing with the advent of the PlayStation. It was a system that purported to grow up along with people who loved games, promising a more mature library. In other words, it was the perfect opportunity for Atlus to introduce us to this demonic series.

It didnt hurt that Persona itself was branded as Megami Ibunroku in Japan rather than Shin Megami Tensei: a new subseries with few direct ties to the narrative of the previous games. By the time the PlayStation came around, Shin Megami Tensei was already fully entrenched with numerous games full of its own lore to catch up on. By releasing the first game in a spinoff series, Atlus had the chance to hook newcomers with a fresh slate. The superfluous label Revelations shows just how serious they were to establish a new brand free of baggage. Atlus wasnt fooling around. 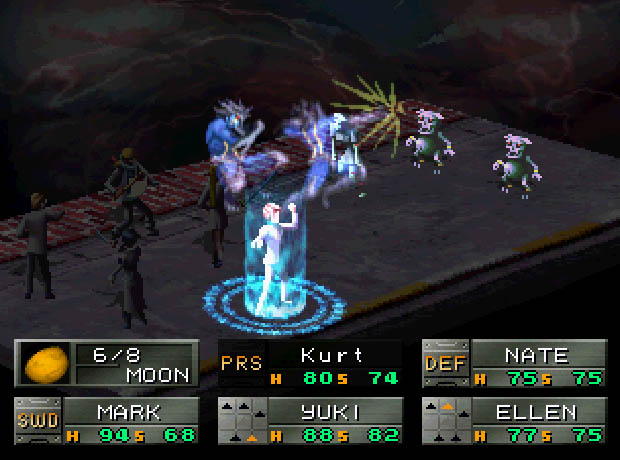 The other advantage to starting fresh with Persona was the theme of the game itself. As you might expect of a game that shares lineage with Shin Megami Tensei, it is suitably dark. The characters are school students, but the things that happen around them are much more mature than what you would see in other PlayStation RPGs of the time. This would make the game immediately stand out amongst the sea of anime tropes. On the other hand, it wasnt as oppressive as the older Shin Megami Tensei games had been, thanks in large part to the school setting and other semi-familiar locales. The fact that you could now save your game in dungeons added some appeal. Persona looked poised to take America by storm.

Unfortunately, it was not to be, as Persona was hoist by its own petard. While the game looked incredibly appealing, it had a large amount of problems weighing it down. That useful feature that lets you save in dungeons? In reality, save points were few and far between, which made the thought of dying in the middle of one of the lengthy dungeons a soul-crushing exercise in difficult repetition. And the demon fusion system, now the centerpiece of any game in the MegaTen family tree, was still in a fairly primitive form in Persona. New personae are few and far between, many of which you can fuse while not fulfilling the level prerequisites to use them in battle. Little usability issues like this add up, doing the evolving fusion system no favors.

But this wasnt all Persona had to overcome. Atlus itself made some strange decisions in its localization to the States, first of which took the form of some odd racial changes. Once can only assume that Atlus was worried about the fact that the game took place in modern Japan, an unfamiliar setting for Americans. But their solution of turning the entire cast ivory white did nothing more than bemuse anyone who was even slightly paying attention. Stranger still was the fact that they made the character Mark African-American. 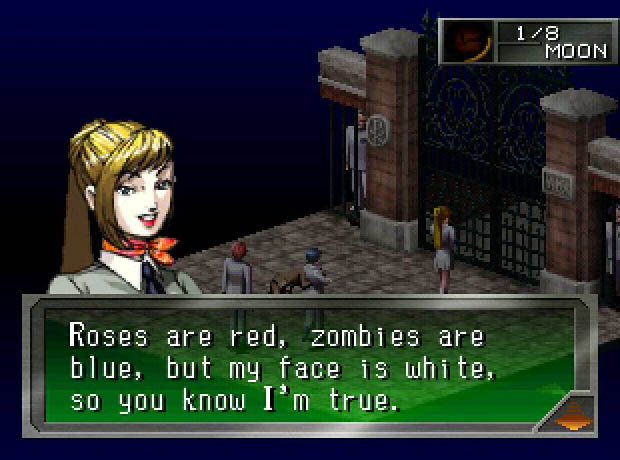 The awkward text itself didnt help matters, as it was molded to convince players that, yes, the game took place in America, incongruities be damned. Not that they were very good at the translating itself, as the Atlus of the time produced enough awkward lines to fill an entire book of Internet memes. It also paints the race change of the characters in a different light, as Ellens infamous Roses are red line comes off accidentally racist.

The biggest slap in the face, however, was in the content that was removed for the games Western release. Strangely enough, Atlus cut out the Snow Queen quest, which was actually a large chunk of the game. While it was true that this side quest represented an alternate storyline fork that didnt have much bearing on the canonical story, it was still an awful lot of hours to simply flush down the toilet. The kicker is that well never know exactly why it was cut in the first place. There was nothing particularly odious about the content of the quest that Americans couldnt handle (unlike Persona 2: Innocent Sins resurrected Hitler), so theres little to base speculation on. Its the odd cherry atop a sundae of questionable decisions.

Theres little question that Persona left an impact when it was first released, but it was not a universally positive one. If Atlus was hoping to put its best foot forward, then it failed on multiple counts. The games inability to overcome antiquated RPG problems was compounded by Atlus aggressive new Shin Megami Tensei overseas push. The much-improved Atlus of today made things right with games the PSP remake, which restored the original games integrity by applying a smart localization. But even with the numerous improvements, its hard not to see that Persona was the wrong game at the right time. Its themes were a perfect fit for the PlayStation, but the gameplay wasnt quite there yet. And though the Persona 2 saga faced similar problems, Eternal Punishment proved to be a much better introduction to the Megami Tensei series at large -- one that notably lacked the Revelations branding and the Americanization. Atlus had wiped the slate clean again, this time of their past mistakes. 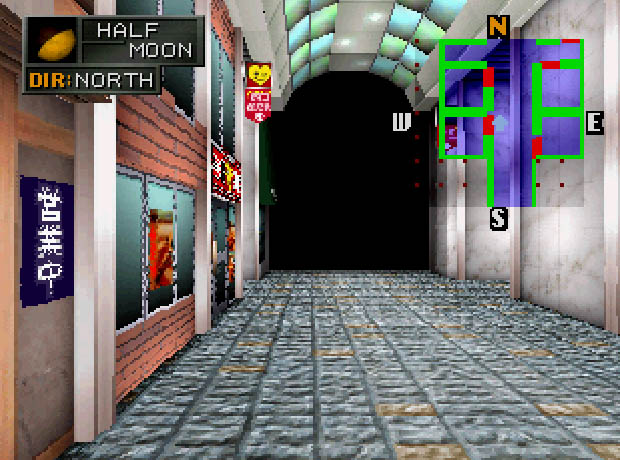