The PlayStation may be remembered for ending the notion that videogames are simply toys for children (and horrible men-children unwilling to grow up) by playing host to adult games like Resident Evil and Silent Hill, or also maybe for bringing the whole JRPG genre into the mainstream. For me personally, however, the system is remembered today as the platform that enabled developers to confront players with some of the weirdest ideas and concepts ever to be rendered in chunky, flickering polygons.

In a certain way, Sonys first game-system seems just to have hit the sweet spot between technical capabilities, development cost and the availability of cheap disk space. No more need for expensive cartridges complete with batteries if you wanted to save your game, and thanks to Sonys incredibly accessible developer libraries, even the less-skilled artists out there could crank out some nice polygons and special effects without endangering the entire financial future of the company. At least in some places, this lead to a fascinating anything-goes mentality and brought us some fairly fun, interesting and offbeat experiments like Parappa the Rapper, Incredible Crisis?, vib-ribbon, the Bishi-Bashi series, and of course the uncrowned king of the weird and surreal: Artdinks trippy caveman simulation Tail of the Sun.

Right, it's tail, not tale, since the goal of the game is to build a tower made of mammoth tusks up to the suns imaginary tail -- according to Artdink, humanity seems to have started this whole hubris business rather early. However, the path to even the first tusk is a long and arduous one. Even if you should manage to find a wooly mammoth in the early stages of the game, it will probably be the last thing your little polygon-caveman will ever see in his short, difficult life. And the village can hardly afford to lose one its few hunters on a pointless adventure like that, so let's start slow, shall we? 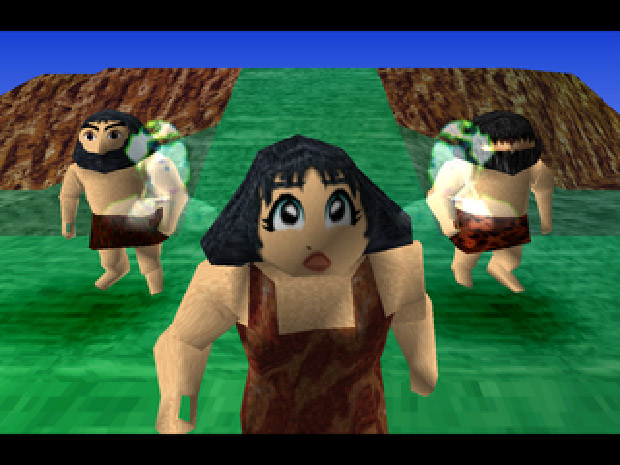 So before you take on the biggest and most dangerous animal of the prehistoric world, you'll have to slowly and steadily climb the food-ladder. After all, there's some fairly tasty looking monkeys down south... or maybe you could just try to throw a few stones at birds. Or for starters, you just leave the whole hunting-business aside and start with some humble gathering -- after all, the landscape is dotted with delicious-looking food fashioned after Tsuruya Yoshinobus sugar-cakes (whose beneficial in-game effects, the game is quick to remind us, are not representative of the real-life sweets).

Especially important are the strange monoliths found near the small village: From each of them, your caveman can get a tattoo which increases one of his stats: You are able to jump higher, hold your breath longer under water or become quicker -- the first thing to increase however, should be the strength of your loins. If your tribe grows, so does their cultural level. Soon, you'll find yourself with a nice, sturdy club in your hands, ready to take on slightly bigger, and more dangerous animals. Is it just me, or does that sound just a little bit like Monster Hunters grand-grand-grandfather?

In a way, yes. But while there are certain parallels, Tail of the Sun plays out completely different in the end. For one, the game never even makes an effort to guide you through the grand adventure of prehistoric life. You're just dropped into the world without being told anything. Why do the controls feel so strange? Why is my caveman falling asleep all the time? Why can't I kill that boar with my bare hands? What's that happening in the sky at night? Why is my tribe suddenly dancing? And first and foremost: Where should I go? 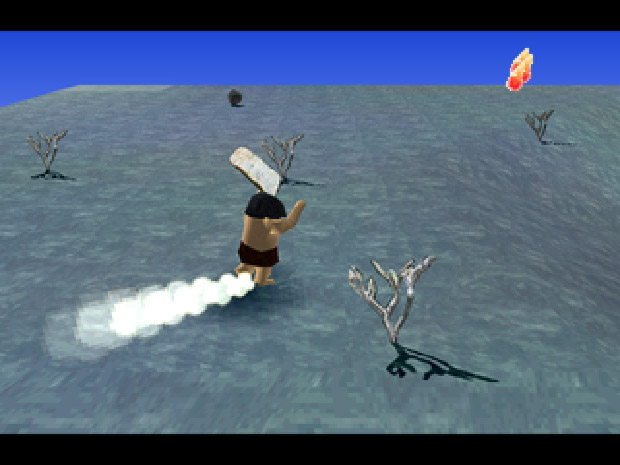 It should not come as a huge surprise that Tail of the Sun didn't sit too well with most western players and reviewers. Except for a glowing review in GameFan, it was largely panned by the press and ignored by the people. The game's open-world ambitions, the lack of camera control and some very opaque rules, not to mention the absence of any sort of on-screen map didn't make the game blockbuster material, but those open-minded enough to stick with Tail of the Sun found themselves enjoying the experience.

Of course the graphics are crude (even by 1996s standards), the controls are strangely floaty and the music is a bit of an aquired taste, but in the end, Tail of the Sun comes together as a fairly fascinating and strangely engrossing experience. Yes, in modern terms (which hadnt been invented back in 1996), the game could be described as a pure grindfest, the huge freedom the game provided was a rather novel experience for many players and although the game is largely forgotten today, in some aspects, it was quite a bit ahead of its time. Graphics and controls aside, many of the concepts pioneered in Tail of the Sun would find a lot more acceptance today. Or maybe not. 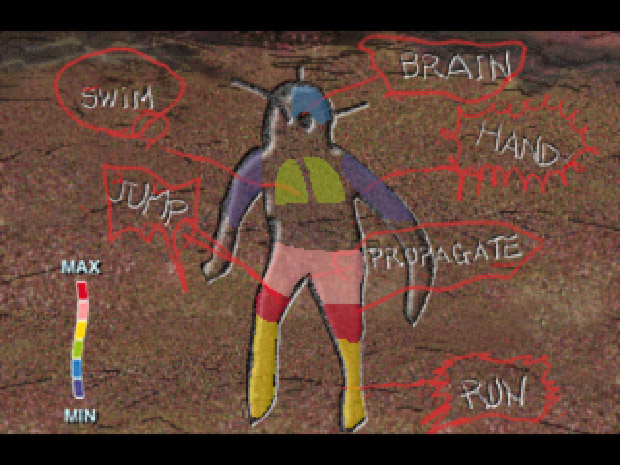