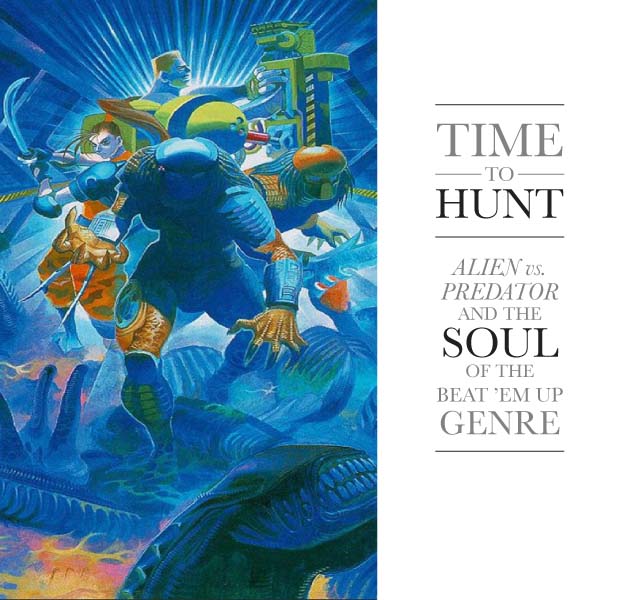 Back in the day, beat em ups were one of the main draws of arcades. Games like Double Dragon, Teenage Mutant Ninja Turtles, Final Fight, and X-Men were all hugely successful and spawned dozens of imitators. Its not hard to understand why; beyond often possessing the license of an extremely popular cartoon or movie, the sheer horsepower of standalone arcade cabinets made them capable of displaying huge, gorgeously animated sprites that home consoles simply couldnt match until well into the 32-bit generation. Clustering around an X-Men or TMNT cabinet with several friends and using your favorite character (so perfectly rendered) to dispatch the forces of evil while being bombarded with pounding music and deafening sound effects was an absolutely transcendent experience.

As we all know, the era of the beat em up was not to last. First fighting games exploded in popularity, delivering a visceral experience similar to the beat em up, only with even better animation and the additional benefit of allowing players to fight against their friends instead of with them. After all, capitalism has taught us that cooperation is for chumps and commies. Not long after that, 3D gaming hit the mainstream, and everything that wasnt made up of blocky, low-texture polygons was viewed as a relic of the past. The brawler genre staggered on for a bit, but as the added power of home consoles stole away much of the arcades advantage and the added complexity of console games made arcade games seem increasingly basic, the genre slowly faded into obscurity. Nowadays its gameplay -- where a lone hero or small group of heroes slugs it out against large groups of simplistic enemies -- has mostly been incorporated into action games like God of War or action RPGs like Kingdom Hearts. The occasional pure beat em up has been relegated to niche status, appearing mostly as inexpensive downloadable titles.

Of course, before the genre finally disappeared in the mid-to-late 90s, a number of developers (most prominently Konami and Capcom) created a handful of phenomenally good titles that saw the genre out in style. While those years saw the creation of several absolute classics, perhaps the title which best embodied the spirit of the beat em up was Capcoms Alien vs. Predator.

Based on the long-running multimedia crossover that saw intergalactic hunters duking it out with sentient indigestion, Capcoms Alien vs. Predator is a standalone story wherein two human space marines and two Predators team up to stop a Xenomorph outbreak on Earth. As with most other beat em ups, players progress through a series of linear stages, typically dispatching a screen full of enemies before being allowed to progress. Players have standard melee attacks which they can supplement by picking up a host of weapons including rocket launchers, flamethrowers, grenades, and assorted Predator weaponry. Each character also has a limited projectile attack and a handful of special moves, although not as many as some other Capcom titles. On the surface it doesnt sound like anything particularly spectacular, especially when compared to more experimental titles like Capcoms pair of Dungeons & Dragons brawlers, which featured an experience system, an extensive equipment list, and numerous branching paths. Where AvP really shines is in capturing that pure visceral thrill that beat em ups were created to tap into.

This is immediately apparent the moment the games opening cutscene concludes. Here, the two humans are apparently making their final stand against an overwhelming horde of Xenomorphs. Suddenly, the Predators swoop in and with their advanced weaponry clear a small path to allow the group to escape. As the game begins, the player is likely caught off guard with how small a window of escape the Predators provided, as Xenomorphs immediately swarm in from every direction. They leap in from both sides of the screen, pour out of every doorway, and essentially take up every available area of screen real estate. While the screen could certainly get busy in TMNT or X-Men, it wasnt anything like the opening of AvP. The number of sprites onscreen is absolutely staggering. And, of course, the fact that most of these sprites are actively hostile immediately fills the player with a sense of panic and desperation. Rather than victory, the goal is simply survival, and the means is by striking out at anything that moves. The standard melee attack of most of the player characters in AvP is fairly wide, and considering the density of enemies on the screen in the games first area the player is likely to strike several enemies with that initial attack. Finishing a combo will send those enemies flying backwards but will also likely give those approaching from the opposite direction time to get close, which means the player must quickly turn and begin pummeling that group. Soon the player is completely surrounded, lashing out instinctively just to keep the Xenomorphs at arms length. As the Xenomorphs die they sometimes burst apart, squeal, or twitch about on the ground spraying acidic ichor before blinking out of existence. For each alien that dies, though, another steps up to take its place, and the frantic pace of battle refuses to abate.

Its at this moment that the player realizes that this is pretty awesome.

While the entirety of the game doesnt maintain that degree of intensity (honestly, it would become kind of exhausting if it did) it perfectly encapsulates both the games spirit and the distinct spirit of the beat em up genre. The brawler may have given birth to modern fighting games, but beat em ups are not simply proto-fighters. A good beat em up shares the intensity of a good fighting game, but it lacks a fighters emphasis on technique and precision, embracing instead a wild, unrestrained spirit. Beat em ups are less about making every punch count as they are about delivering the maximum number of punches in the allotted time.

Of course, games where the player just pounds on one button endlessly become boring pretty quickly, as evidenced by the likes of the Oneechanbara series and the endless parade of Dynasty Warriors sequels and clones. Thankfully Alien vs. Predator sidesteps this problem by making sure to spice things up constantly and not overstay its welcome. The near-constant availability of a variety of different weapons helps to diversify the Xenomorph-slaying, and a sudden plot twist about halfway through the game sees the player under attack by human marines intent upon covering up the actual cause of the Xenomorph outbreak by any means necessary, thus demanding a change in battle tactics. While the marines still attack in groups, their numbers never approach those of the alien swarms. Instead, they rely on the same weaponry the player has been using throughout the game, forcing the player to think defensively about the weapons he has previously used to attack. And, of course, the games visuals do an excellent job supporting the games level of energy. All the games sprites animate with smoothness seldom seen at the time of its release, or even today, and the surprising amount of gore ratchets up the visceral feel in a way that feels incredibly satisfying. Youre not just tussling with a couple of street punks here, but battling disgusting aliens for both your own survival and the survival of the human race. It feels like it should be a more vicious fight, so the constant shower of ichor and blood seems appropriate.

Like most beat em ups, Alien vs. Predator isnt a particularly deep or long game. A competent player can probably blaze through it in around an hour. But it isnt trying to be either of those things. What it tries to be is a concentrated, intense gaming experience that a player can hurl himself into and, at its conclusion, wipe the sweat from his brow and nod his head in approval. Its the type of game a pair of friends will tear through on a lazy summer afternoon and reminisce about later when theyre playing other, crappier games. Its the culmination of everything the 2D beat em up genre was building towards and will forever stand as justification every time someone in their twenties or thirties sighs and complains about how there arent arcades anymore. Its a damn good game.