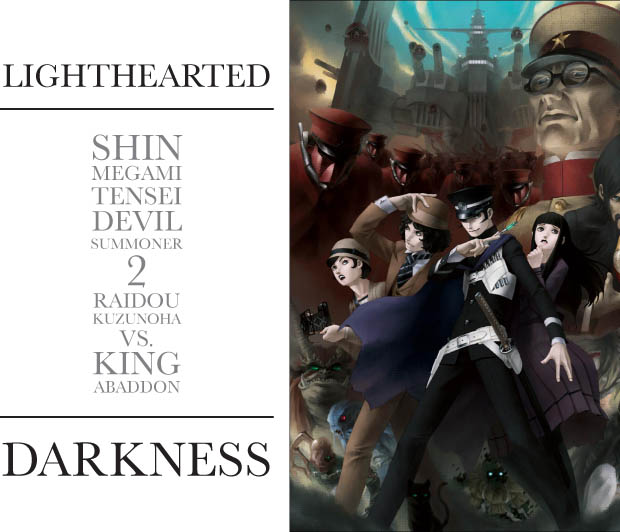 This verse, which appears on the screen during the first hour of Shin Megami Tensei: Devil Summoner 2: Raidou Kuzunoha versus King Abaddon, sets a deeply unsettling first impression, and though its eventually tied to the story, its initially cryptic nature lets you know youre in for a gruesome and twisted story. This is nothing new for a Shin Megami Tensei-related property given that the series at large is based around demons and mythology. But the threat has never been this explicit or willfully weird. At first glance, it seems to be describing a female god who is vaguely kind yet has a wicked side. The prose itself reads like a country bumpkin or a child wrote it. You dont know what it means, but the way its presented makes you dread what you know is inevitably coming.

The verse is immediately followed by a goofy scene where Raidou Kuzunohas feline advisor leaps at a strange masked bug, causing the guy youre staying with to drop his buttered toast onto his pants. It isnt your typical wacky, overexaggerated anime humor, but it nonetheless lightens the tone signifcantly, a trend that continues throughout the game. But that should be nothing new to anyone who had played the previous game, Raidou Kuzunoha vs. The Soulless Army. 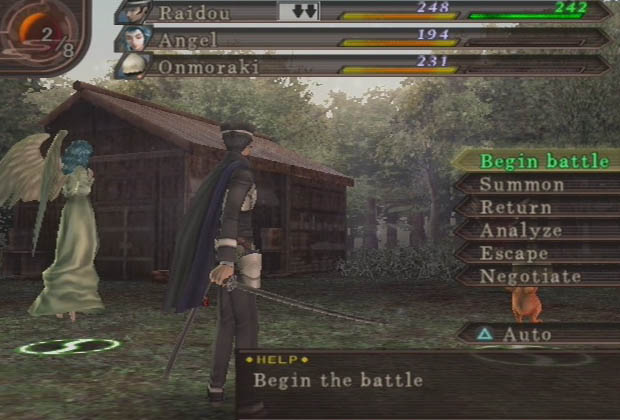 The Devil Summoner series, once a Sega Saturn RPG series set in modern Japan, was reimagined for the PlayStation as a pair of lighthearted period pieces set in the roaring 20s. Contemporaneous lingo such as referring to women as dames was sprinkled into the dialogue. Tae, the female journalist who occasionally offers information, is very clearly a flapper. But the games are set in a 20s version of Japan, which means you see vestiges of different eras intermingling. Trolleys and guns stand side-by-side with shrines and swords. Its a strange sight, but its a fascinating setting that makes for a less constantly oppressive experience than, say, Nocturne.

The battle system, too, offers a much breezier experience than you usually see in a Shin Megami Tensei game. Instead of needing to approach turn-based battles with exacting strategy, battles are action-oriented, meaning theres a lot more room for error. Theres still a lot of strategy to be had, like choosing your demon partners, exploiting enemy weaknesses to get more MAG points, and choosing whether or not to end the battle early through negotiation. The negotiation in particular, a new addition in Devil Summoner 2, works really well with the overall tone of the game. The dialogue during these negotiation sessions is often goofy and strange, displaying the individual personalities of each of the individual demons. People familiar with Nocturne or Strange Journey should feel right at home with this concept, but while the wacky dialogue contrasted sharply with the prevailing dark themes of those games, here it feels right at home with the lighthearted setting. 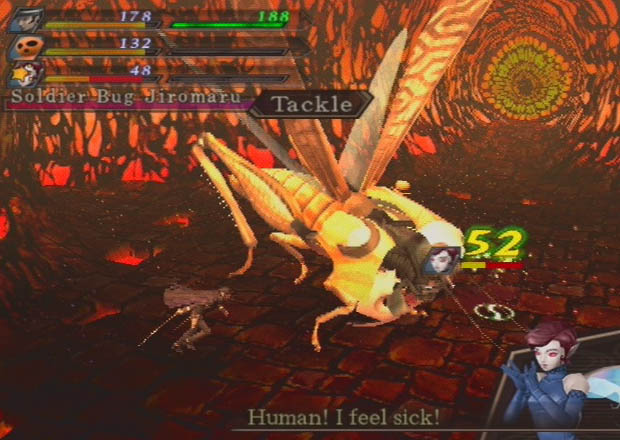 Where Devil Summoner was punctuated by dark moments in between the levity, the sequel goes even darker with its story and themes. Akane Narita, who is the girl that initially hires Raidou, is to be married to the Tento Lords for the sake of her village. But when you do finally meet the Tento Lords previous bride and discover shes nothing more than a used-up husk meant to help them reproduce, you immediately begin to see the bleak undercurrent beneath the whimsy. In return for providing girls to fulfill this task, Tsukigata is provided with both giant bugs and Luck Locustswhich eat up all the luck around a person, effectively making them vulnerableto help them with their ninja missions. The trope of sacrificing a maiden to appease a monster is fairly common by now, but the thought of handing over women only to have them become a baby-making machine for a freakish race of creatures until they become withered shells of their former selves is something far more sinister than were used to seeing in games, even Shin Megami Tensei.

Of course, youve got a more conventional stream of darkness running through the game as well thanks to the games initial antagonist Dahn. In his quest to save his sister Akane from her terrible fate with the Tento Lords, Dahn hopes to steal all the luck from The Capitol and become King Abbadon, which would give him dominion over her captors. But in the process of depriving The Capitol of its luck, he releases a host of demons of misfortune into the city, such as the disarmingly bizarre Binbou-Gami, who follows Raidou around for as long as his luck is drained in the beginning of the game. The consequences of Dahns actions runs through the entire game, providing strange moments of weird foreboding culminating with the appearance of the Abyss in the final hours of the game. 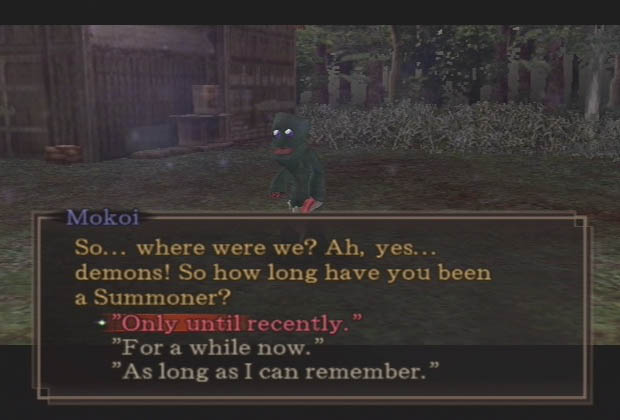 And then theres the final baddie Shinado, who continues the Shin Megami Tensei tradition of having spheres for major bosses. But instead of just looking like a weird force of nature, its outer structure actually says something about the nature of the games story and characters. Though Shinado is a sphere, it is not merely an incomprehensible disco ball like Nocturnes Kagutsuchi. Outside of a simple black sphere with a single giant eye, countless giant green human bodies cling to the form. It tells Raidou that they are clinging to the bliss of the eternal abyss, but it is actually a broader metaphor for the people in the game who cling to things to the point of their own destruction. The people of Tsukigata relied on the Tento Lords at the cost of their women, Dahn clung to his hope of saving his sister at the cost of The Capitols luck, and the Tento Lords put their hope in their Ma in the sky at the cost of the world itself. Their stubborn desires even as their world crumbles is painted in a chilling light throughout the game, punctuated by Shinados attempt to destroy the world to give people peace in the abyss.

The seemingly contradictory nature of Devil Summoner 2 actually works really well. The lighthearted moments keep things from being as consistently bleak as Nocturne, while the darker aspects of the game give the narrative weight and resonance beyond a simple comedy. Thematically, the game truly has something for everyone, yet it links its dominant themes at the hip. Devil Summoner 2 was overlooked even by Atlus standards, which is a shame since it remains one of their most interesting exercises.