More or less concurrent with the universal adoption of reasonably spacious hard drives and out-of-the-box broadband for game consoles, every major player in the industry had an online store up and running, ready to sell everything they could think of from new games to old games, full-blown expansions to incremental little updates, all directly downloaded to your drive as soon as your connection could handle it. Everyone immediately began to brainstorm and test various means by which they could use this new tech to rope consumers into paying two to three times as much for games without actually putting in any additional work.

The most obvious avenue for this whole system to cause people grief is DLC, or downloadable content. The pitch is that after a game comes out, the dev team keeps working at it and releases new, super-awesome bits of gameplay you can download and add in that the usual development cycle would never allow otherwise. This pitch is a bald-faced lie. To this day, the life of a game developer is a lot like that of a sweat shop worker with better pay. Nobody is ever really sitting around with time to kill. When your contribution to a game is finished, either youre getting put to work on another project, or youre packing your things.

Heres what really goes on. All that minor stuff, like downloadable extra costumes for the characters? Those are rejected character designs. Some artist mocked all those up early on, people didnt like most of them, and only one went in the game. Back when art resources took up enough space to worry about, the rest would have been thrown away. More recently, theyd be included as unlockable bonuses (as they still are in some cases). What usually happens today, though, is that theyre saved, set aside, and sold to people at a dollar a pop. If someones really greedy, theyll tack on some mechanical incentive to grab them, or theyll actually run with the most hideous option and charge for the best.

Of course, then theres also major content. Those whole extra areas, side quests, or party members available to download. Those represent actual work, so clearly we arent getting ripped off there, right? Again, not the case. A lot of this is, again, repacked cutting-room-floor material. Wait no, not a lotall of it. This is either content which was cut because its not particularly enjoyable or hurts the flow of the game, or its content that was withheld from the game specifically to be sold as DLC later. Now, while its true that this is often content that wasnt quite ready with the game first shipped, that doesnt mean, by any stretch, that this is the only way youd ever see it. Before the magical DLC fairy came along to whisk this sort of thing to your drive, there were two ways to get it to the consumer which worked out much better in the end. The simple option was to just delay the games release and finish it. The consumer had to wait another month or so (which still beat having to start the game over when you got the bits they left out), and the publisher netted some extra sales from prolonged anticipation. 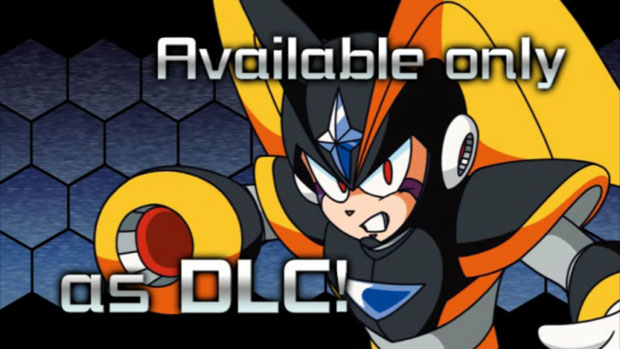 The other option was to keep working on that unfinished material, build it up, and develop it into a full-fledged sequel, or at the very least an impressive expansion. We all know the story of Mega Man 2, right? One of the greatest games of all time, cobbled together as a labor of love from some unused concepts for the original game? Imagine if the NES supported DLC. Youd be able to pay $10 or so to wedge one or two more levels into the original Mega Man, and that would be it. No massive franchise, no dragon boss, just plain ol crummy Mega Man with a couple extra levels. That mental image is hard to top, but remember this is a case where practical concerns left these seeds to grow into a new game.

Now that the DLC genie is out of the bottle, publishers have every incentive in the world to rush every game out the door as soon as its barely passable. The more features still need work, the more DLC is half in the can, right? Its a system which actually rewards laziness and punishes craftsmanship.

Weirdly enough, none of this seems to bother the average gamer. The longer the wait, and the bigger the file size (and, strangely enough, the higher the price, it seems), the more acceptable people find it to pay extra for content that should have been in the game to begin with. What ticks people off is when they discover this content was finished on the shipping date, or even locked away on the disc, requiring one to pay simply to download the tiniest of data packets to unlock that material. Viewed objectively, though, this more naked form of greed is a much better deal. Either way, youre being asked to pay for content that in previous console generations would have been absolutely free; with the on-disc unlocks, at least you dont have to fill your drive with huge files or wait a few more weeks while the publisher pretends theyre working hard to give you something extra.

This leads us into a subtler problem with this whole arrangement. Even if this were to be handled in a purely altruistic manner, with extra content being added into a game down the road with no need to pay for it, there are still disadvantages to just delaying and including it to begin with. Aside from a chunk being eaten out of our high-demand HDD space, we lose something else: A definitive version of the game. Take for instance, the case of a certain popular sci-fi RPG, from a developer known for creating character-driven personal experiences. When I played this game, I was importing a save file wherein the protagonist had a steady monogamous relationship going with some freaky blue tentacle monster. It was my absolute intention to continue this, but at the time of the games release, the option didnt exist. She snubbed me, forcing me to move on and hook up with a frog man suffering from lung cancer instead. Quite some time later, after Id already moved on, they decided to load in new content, putting my original plan back on the table. Anyone late to the party making similar choices to mine is going to have a quite noticeably different experience with the game than I did, and we dont even have the luxury of drawing a line between a standard edition and a directors cut. 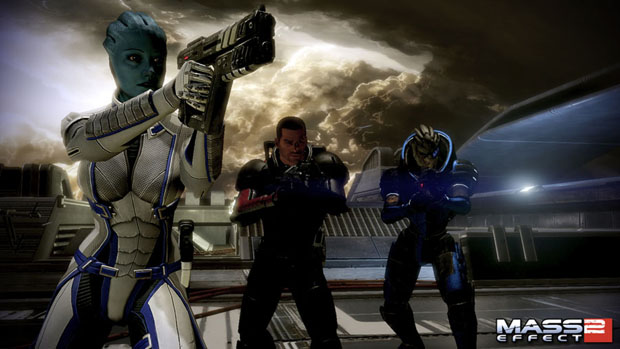 For a more insidious example, we have a certain game involving quantum tunnels and cake jokes. In anticipation of its sequel, the developers quietly patched the game, with no ones consent, changing the ending and the behavior of certain objects to hype it up. Fans of other media would never put up with that sort of thing. Could you imagine if George Lucas didnt simply release the Special Editions of the Star Wars trilogy, but was somehow able to inflict his revisions on the VHS tapes and laserdiscs you already owned? What if Orson Scott Card could somehow rewrite Enders Game and change all the characters into mouthpieces for his more recent blatant homophobic evangelizing? At the very least, Id hope we can all agree its nice we have the option of watching Army of Darkness with its oversleeping ending without it overwriting the original S-Mart version. Late additions and purely digital game distribution alike give creators the option to continually make changes to games on the fly like this, which undermines any given games ability to stand as a distinct, memorable product of a particular time and place.

Finally, we have an issue which has not yet had a chance to make its impact felt in full. When you own something on a cart or a disc, or for that matter, a book or a disk, its fully yours. As long as you take good care of it, itll always be there. If need be, you can even make your own copies, preserving your ability to enjoy it indefinitely, even if the original publisher drops off the face of the earth. The same cannot be said of downloadable games. While you can still make a backup of all the files, these games (along with anything the eBook crowd is downloading) function only by the grace of routine check-ins for reasons of security. If their publisheror the producer of the device on which it is storedso chooses, they can revoke your ability to launch it, or in some cases even delete the files. Now, while we can assume with reasonable certainty that (with very rare exceptions) nobody will ever do this, thanks to the PR nightmare which would result, the kill switch in almost all cases is set to lock you out by default, making regular checks to confirm that today isnt the day youve chosen to become a pirate.

Maintaining this system actually costs a bit. Sure, its only a little bit of bandwidth sending validation packets back and forth, and the power cost to keep that check-in server running, but the day will come (likely just a few years after the next hardware iteration arrives) where these services will terminate, and it isnt unreasonable to suspect inabilities to support your current downloads on the new hardware will force you to buy everything again, assuming it was popular enough to bother carrying over. 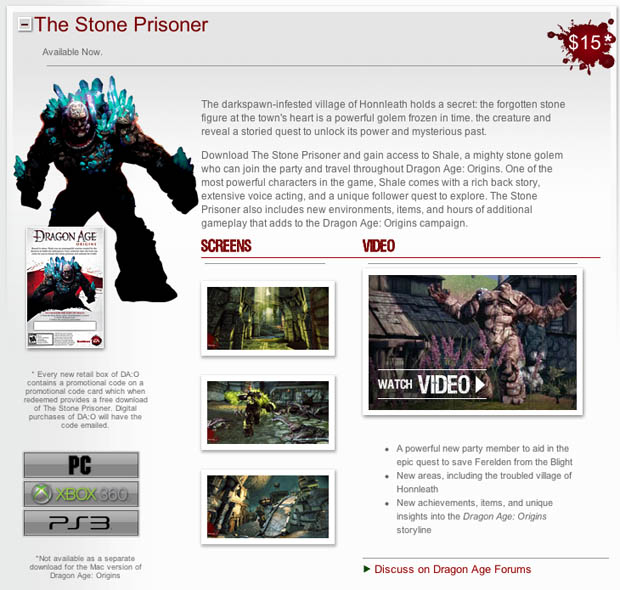 We still havent even gotten into how this sort of one-stop shopping, fixed pricing, and elimination of aftermarket sales hurts the industry as a whole. That could fill an entire separate article on its own. The point is, this entire setup is causing clear, observable harm to games in general, yet we cant expect publishers to abandon a business model when its working out so well for them. The best we gamers can manage is to collectively grow a little bit of restraint, and discourage the trend by refusing to be nickeled and dimed like thisideally, by boycotting games which push a heavy DLC model (or pre-order bonus DLC) altogether. Now sure, the odds of enough people doing this to get everything back on the disc where it belongs are slim to none, but if youre willing to take a shot at it, odds are good you can at least end up saving a ton of money by just picking up the deluxe complete editions later.

It also bears mention that these online storefronts arent entirely dedicated to the forces of evil. Having a means of selling games as direct downloads in a high profile marketplace is great for independent developers who really have no other means of getting things out there, as well as older games for which a proper rerelease wouldnt be practical. This is especially true of DRM-free stores, which bypass that whole nightmare scenario where they shut down and all your games refuse to run. Just remember that every time you download an extra level pack, theres a chance youre helping kill the next Mega Man 2.