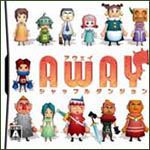 Away: Shuffle Dungeon
AQ Int | DS | RPG
A "social" RPG which involves recruiting a whole heck of a lot of people for some reason or another. Hironobu Sakaguchi is somehow attached to this one, too, so it might be interesting, maybe? The again, I've played Mistwalker's stuff of late, so maybe it won't be. 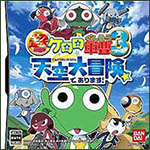 Keroro Gunsou 3
Bandai Namco | DS | Who cares
Japan's most successful ToastyFrog rip-off returns for yet another game that probably sucks and mainly exists to sell you Sgt. Frog and Gundam merchandise. Screw you, Bandai. 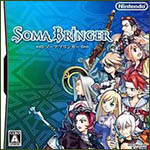 Soma Bringer
Nintendo | DS | RPG
I think this one's by Monolith, and it's about damn time that Nintendo finally squeezed something from the developer. Honestly. At the very least, expect sweet 3D-on-2D graphics and awesome Yasunori Mitsuda music. 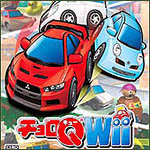 Choro Q Wii
Takara | Wii | Racing
The zany penny racer series appears on Wii. I don't think it comes with a stupid plastic steering wheel peripheral, so I automatically like it more than Mario Kart Wii. 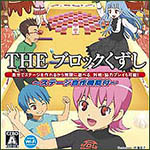 Simple Wii Series: The Block Kuzushi & The Wai Wai Combat
D3 | Wii | Budget
The crappy budget knock-off series gets two more Wii installments, putting it a mere 130 releases or so behind the PS2 Simple series. This time it's an Arkanoid clone and, uh, "Wai Wai Combat," which I'm going to assume is a cutesy and not entirely fun Advance Wars knock-off. 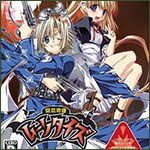 Kyuuketsu Kitan Moonties
Gung Ho | PS2 | Some anime crap
I've never heard of this and have no idea what it is, but I would like to expound on the nature of "moonties." Given the fact that PlayStation 2 in Japan has become a repository for smutty anime games, I'm going to assume "moonties" are like panties that automatically flash a girl's butt (aka her "moon"). So there you go. Avoid at all costs. 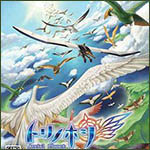 Tori No Hoshi: Aerial Planet
Nippon Ichi | PS2 | Relaxing aerial adventure
"Tori No Hoshi" means, roughly, "star chicken." I can't think of a more auspicious title! That's a pun, see, 'cause "auspicious" derives from the word "avis," and has to do with reading ill-starred fates in bird guts. Uh, anyway, as far as I can tell it's supposed to be Endless Ocean meets Skygunner, minus the gunning. 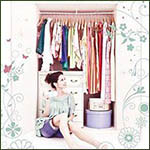 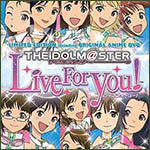 Idolmaster Live For You
Bandai Namco | Xbox 360 | Hatecrime against gaming
Apparently this is an append disc or something to the single most popular Xbox 360 game in Japan, which involves you managing the careers of scantily-clad eight-year-olds. Eight-year-olds, dude. If you like this and are not Japanese, please step forward so I can punch you.