Games | Weekly Game Releases | Blog | Week of March 4, 2008: This week, your roguish (or rather, roguelike) grin becomes tears of sorrow as you have your hinder handed to you by a 15-year-old game. 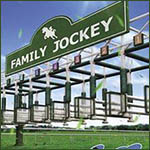 Family Jockey
Bandai Namco | Wii | Sports
Nothing says "family togetherness" like short men abusively whacking horses on the ass in pursuit of questionably-legal gambling proceeds. And Bandai Namco knows family. I recommend you play this while wassailing with loved ones this Christmas. 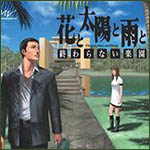 Flower Sun and Rain
Grasshopper | DS | Adventure
A DS port of an early Grasshopper adventure game. I don't really know what makes it different from The Silver Affair or Michigan, but you can bet your sweet bippy that Ray does. 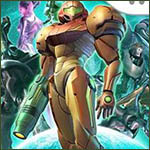 Metroid Prime 3: Corruption
Retro | Wii | FPS
At long last, the Metroid Prime trilogy draws to an-- waaaaait a damn minute. I'm almost certain I've played this before. Was it all just a dream? 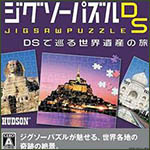 Jigsaw Puzzle DS
Hudson | DS | Puzzle
I'm really not sure that "jigsaw puzzle assembly" was a niche that needed to be explored by video games, even for DS's casual gaming crowd, but since Hudson gussied it up with the same trade dress as the fantastic Illustlogic I'm gonna have to take a chance on it anyway. 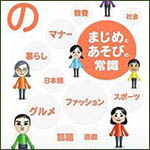 Minna No Jyoushikiryoku TV
Nintendo | Wii | Mystery non-game
I don't know what this game is. My guess is that it's just five hours of Nintendo gloating because it won't give anyone else the necessary specs to allow them to use Miis in third-party games. Man, what a bunch of jerks. 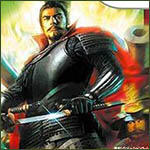 Nobunaga's Ambition Eleventy-billion
Koei | PS2 | History thing
Can you change the outcome of Japanese history yet again? No doubt this iteration features even more preposterously-detailed fine-tuning and hilariously-dated visuals. You ten Koei fans are gonna love it. 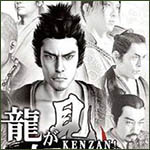 Ryu Ga Gotoku 3
Sega | PS3 | Action
The third chapter in the Yakuza series arrives in Japan, and we still haven't even seen the second. I don't know about you guys but I'm totally holding out hope for a SIXAXIS-based tattoo minigame where you have to give the oyabun a full-body dragon and chrysanthemum tattoo without making a single mistake or else he kills your entire family. YATTA! IKUZE!!