Games | Weekly Game Releases | Blog | Week of March 25, 2008: This week brings us a bunch of sequels to and offshoots of established series, and a smattering of original titles. 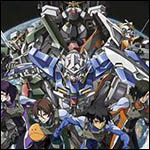 Kidou Senshi Gundam 00
Bandai Namco | DS | Japanimation!!
Wow, another Gundam game! Apparently these are the only new games Japan still buys, bar brain training and Dragon Quest, so no wonder they produce a new one every week. "Diminishing returns," you say? What are those? 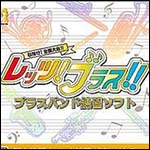 Let's Brass
Milestone | DS | Music?
Did you know "trump" is British slang for "break wind"? It's true, I read it in Scary-Go-Round. And trump is short for trumpet, and a trumpet is the best-known brass instrument. Therefore this is a game about passing gas. God, I love high-brow entertainment. 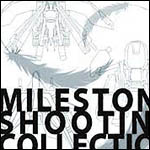 Milestone Collection: Karous
Milestone | Wii | Shoots and leaves
I just spent a week and a half in Japan in two different locations with bizarrely strong ties to "karasu," the Japanese word for crow, which has something or another to do with this game. That has no bearing whatsoever on the quality of Karous' gameplay, but after using signs for "Karasumori" and "Karasuma-Oike" as guideposts for every single expedition in a strange foreign land, the kanji for crow has been burned indelibly into my brain. Said kanji actually resembles a sort of freakish, mutant bird, causing every mention of the word to make me relapse into a leering, waking nightmare of ideogrammatic death-beasts. So basically, screw you, Milestone. 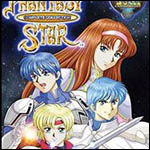 Sega Ages 32: Phantasy Star Collection
Sega | PS | RPGs
Sega compiles every damn thing related to Phantasy Star as part of its increasingly-totally-great Sega Ages line. That includes the text adventures! And there'll almost certainly be English translations... for the stuff that was already translated for English. So really, if you own Sega Genesis Collection, the only thing here to appeal to people who don't speak the nihon-go is a PS2-capable version of PS1. So! Yeah. 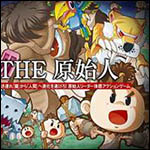 Simple DS: The Genshijin
D3 | DS | Pikmin
D3's crappy Pikmin rip-off gets a DS port, where hopefully it won't suffer from the insane loading times that plagued the PS2 version. But that won't necessarily make it any more fun! Seriously, where is our DS port of Zombies Vs. Ambulance?