You're using something commonly known as the Internet. Contained within this online network is a nearly endless stream of information and content. Unfortunately most of this content consists of pornography and Gears of War reviews. There are surely thousands of reviews for Gears of War in existence. These reviews can be found most anywhere; from text reviews on gaming sites and blogs to video reviews on video hosting sites. Why then would anyone want to review this game again? Because redundancy is awesome, for one. But more importantly, because in playing Gears of War for the first time I was struck by many aspects of the game I hadn't read about in reviews. The game is packed with features -- seemingly important features! -- that somehow have been overlooked or perhaps omitted by critics in their thousands of reviews.

The majority of critiques have already touched on Gears' basics: The graphics and art design are sharp if a bit on the brown-gray side. The voice acting is far above par for the genre. The audio effects are punchy. The score is dramatically lush when it needs to be, yet has no trouble sinking into subtlety when the anxious tension rises.

Gears of War flows much like a book would. As you progress through the campaign, the game tracks your progress and leaves the equivalent of a digital bookmark for you. When you return to the game later, it picks up at the last checkpoint that you passed with all of the same weapons and ammunition you left off with. These checkpoints are conveniently highlighted with a distinct sound and an on screen message. This leaves the player free to lose themselves in the game instead of repeatedly stopping to save progress, meaning little is left to break suspension of disbelief. 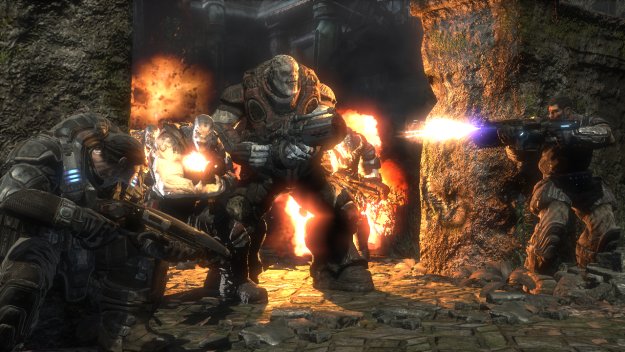 Generally speaking, the locations of these section-breaks are placed to the players' advantage and keep the game moving smoothly. On harder difficulty settings, players may encounter a few points where they're expected to listen to some radio chatter, navigate some level pathways, and then engage the enemy multiple times before reaching a checkpoint. This can become frustrating when the final enemy gets the drop on you before the auto-save and youre forced to repeat the process. These moments are few and far between, though, and are ultimately rewarding when successfully navigated.

The much-touted selling point of Gears of War was its cover system. Focusing primarily on context-sensitive button commands, the game's cover element allows players to interact with the crumbling environment in order to avoid damage in combat. This imbues each encounter with an air of strategy, as finding the right cover and using it effectively to outflank the enemy can quickly turn an encounter in your favor. The level layouts grow increasingly more complex as you progress through the game, offering a continually-evolving take on mechanics that are presented within the first few minutes of the game. This keeps the action engaging from start to finish despite a modest selection of enemy and weapon types. 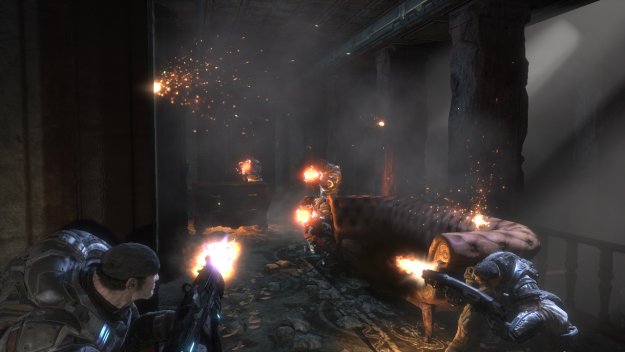 On top of this, someone at Epic had the brilliant idea to make reloading your weapon a small game unto itself. When you press the right bumper the player enters an Active Reload sequence.

In this mode the player is engaged in a short timing sequence that sees a cursor sliding left to right through a bar and another press of the right bumper stops it. Land the cursor in the Success zone and you'll net an incredibly fast reload that keeps you shooting with hardly any delay. Successfully place the cursor in the Perfect zone and you'll be granted a hearty 8% damage bonus. Contrarily though, if you fail at active reloading you'll be treated to several anxious seconds of jammed weapons and character cursing during which you are still able to move and seek cover, but you'll be entirely unable to fire your weapons.

This instills the combat with a satisfying rhythm; aiming from cover, downing a Locust Drone, reloading with a bonus and then moving to your next target quickly becomes second nature, and these motions become fluid and dynamic. 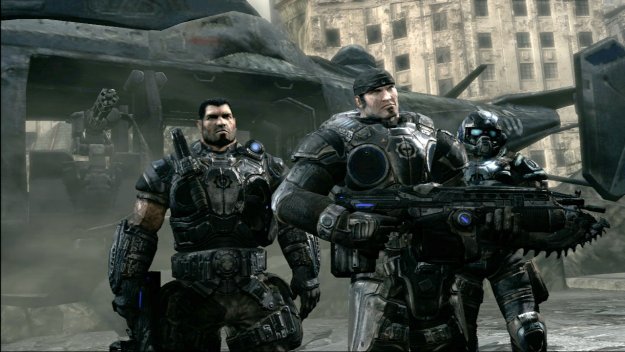 Many reviewers have called the story and content in Gears of War shallow. However, what at first seems shallow is actually only the first part to a larger story. The game presents the setting, characters, and the conflict at hand. The writing feels appropriate for the context -- not entirely realistic, but believable within the universe Epic has crafted. The yarn spun here raises more questions than it answers, but isnt that the point? Shouldnt a successful game leave you wanting more? Shouldnt you care at the end what happens to these people and places in which youve immersed yourself?

Which is why Im counting off the days till the sequel.