Media | Anime Releases | October 9, 2007: A light week with a fair amount of crud. Prepared with the help of The Digital Bits and cover art courtesy of Amazon. 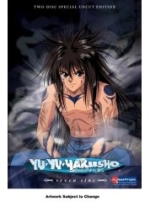 Yu Yu Hakusho: Seven Sins
Only one pick for this week, and its the One Shounen Show To Rule Them All, pretty much. Tired of asinine plot devices, endless screaming and energy balls flying every which way? Too bad, 'cause youre not going to get any relief from Yu Yu Hakusho, the epitome of what any good genre piece should be -- and one whose good parts are too infrequently emulated for everyone's good. Both the show and the manga upon which it's based are the brainchild of one Yoshihiro Togashi, who is also famous for creating Hunter x Hunter. The man is quite simply one of the best authors/artists ever to cater to teenage boys; his work tends to involve far more character development (not to mention care and planning) than most shounen series, and YYH is no different. This is the latest edition in Funis uncut releases, restoring all art and dialogue that had been edited for broadcast, and it contains 13 episodes. 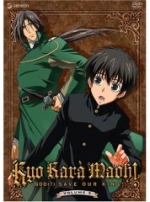 Only one box set this week, Kyo Kara Maoh Season 1. Its an odd show about a regular Japanese kid who becomes the king of the demon world, or somesuch. Worth a Netflix, if nothing else.

Finally, a bit more news on the Geneon front. The company will be releasing all their solicited catalog entries through early November, which gives fans about a month of content before the end. They also wont accept returns from their webstore after that time either. And that's all that's going on in an otherwise slow week for animedom. Discuss it on the Forums!