Media | Anime Releases | November 20th, 2007: A big week with what might be the first American "anime" Ive ever seen. Wait, theres that Spielberg one, too. Prepared with the help of The Digital Bits and cover art courtesy of Amazon. 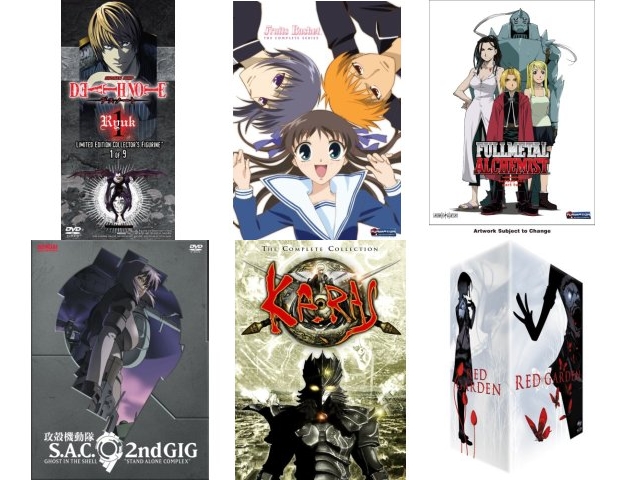 On the swag front his week are three different unnecessary, overpriced versions packs of Death Note Vol. 1. One comes with the first volume of the manga as a pack-in; the second includes a calendar; the third contains a miniature Ryki figurine. The week's other swag set belongs to Red Garden for its second volume. And in the "pricey but with good reason" corner, we have a bunch of whole-series and full-season boxsets: the Fullmetal Alchemist Season One Part 2 and Ghost in the Shell: Stand Alone Complex collections take the fore, with KARAS Complete and Fruits Basket Viridian Collection rounding out the rest. If youve been considering checking out Death Note, the manga pack-in version would actually be a worthwhile swag edition; as for collections, both the FMA and GitS boxes are solid choices.

Nostalgia triumphs again, or something like that. What I'm saying it, you should at least rent The Shadow Chronicles. Its got Mark Hamill and Chase Masterson doing voice work, for crying out loud. How much more '80s can you get? Also, someone must have locked Sturgeon in his closet this week, since its not half bad. Discuss it on the Forums!