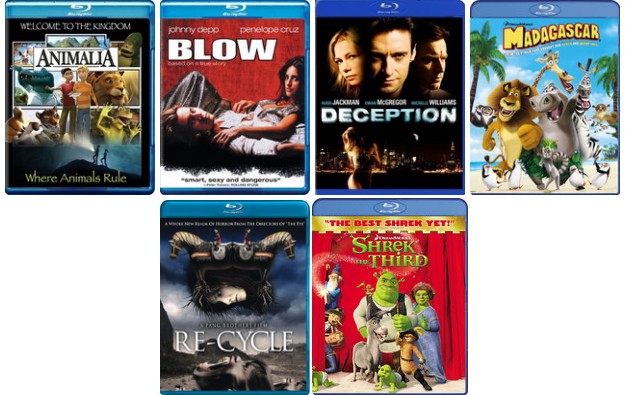 Every week, the number one comment I get is that some movie got less coverage than it deserved. When I started writing this column I managed a video store and it was no thing for me to watch every movie in advance of it's release. Nowadays, it's much more logistically difficult to do so, so sometimes very good movies slip through the cracks. This is where I want you guys to step in. Instead of posting "hey dude you forgot _____" I want you to post in the comments or on the official thread in the Talking Time forums an A2Q style write-up of the movie in question. The best one or two will be included in the following week's column in a new community section. Note that I personally am not a fan of anime so you're going to have write something really good if you want a cartoon to make it into the column.

Cover art courtesy of Amazon. Don't ever take sides with anyone against the Family again. Ever. Follow me on Twitter. You can also e-mail me at vsrobot [dot] blog [at] gmail [dot] com. Thanks for reading!